Last week I saw a sea eagle fighting off a buzzard, and a sea otter eating a fish. I stared at a seal, and it stared back defiantly before flipping and disappearing below the surface with a showy splash. I got in the way of a puffin delivering sand eels to its pufflings, and swam through forests of kelp. I stayed up late drinking whisky and putting the world to rights. And it was all in the name of work.

I swapped my office for a sea kayak, and four days on the seas off the island of Mull, in » Continue Reading.

The Government today published the Energy Bill, which sets out proposals for far-reaching reforms to the way that electricity is bought and sold (the Electricity Market Reform process, or EMR in the jargon).

The aim, we are told, is to provide a stable market for all forms of low-carbon generation – nuclear, renewables and carbon capture. But there’s a sting in the tail. A system designed to promote low-carbon energy may well have some nasty unintended consequences for community-owned projects.

There’s been lots written about the benefits of community-owned energy – like my report for Co-operatives UK and » Continue Reading.

Off for a picnic with the kids this weekend, we stopped in Windermere to buy a few things. Outside the supermarket, next to an advert for half-price pies, was a newspaper billboard shouting “LAKES CLIMATE CHANGE PRAISE”. I’ve never seen my work on a billboard before. It made my day.

The ‘praise’ was from a Committee of MPs – the Select Committee on Energy and Climate Change. Last week they published a report into ‘Consumption-Based Emissions Reporting’, complimenting the Lake District, West Sussex and Manchester for their efforts in managing climate change at a local level.

I really like this article from the Guardian Environment Network, which points out that some companies may have an impeccable environmental record in terms of their own performance, while simultaneously lobbying against progressive environmental legislation. The example they use is News Corporation, who have announced that they are ‘carbon neutral’, and regularly appear at the top of the rankings for corporate responsibility. Yet they own Fox News, whose influential commentators, Sean Hannity and Glenn Beck, reject climate science, with Hannity saying “the debate’s over. There’s no global warming”.

For anyone working with government to develop better environmental policy, the » Continue Reading.

Great to see the Guardian covering my new pamphlet for Green Alliance today – there’s a link to the piece at the bottom of the post below.

I’m really pleased to have published my new Green Alliance pamphlet, Demanding Less: Why we need a new politics of energy. It has been great to collaborate with Nick Eyre, of the UK Energy Research Centre, who knows more than I could ever hope to know about energy demand.

I wanted to write the pamphlet because it’s always struck me as strange that energy – and energy demand in particular – receives so little political attention. From the moment that our ancestors first discovered fire, energy use has been closely linked to progress. Agriculture is basically a way of diverting » Continue Reading.

news
Solar subsidies in perspective, or why government still spends more on the old than the new
Rebecca Willis
1st November 2011
0

Lots has been written about how problematic this decision is. How it creates conditions of chronic uncertainty for fledgling renewables businesses. How many of the 25000 people employed in the industry may now be facing redundancy. How its impacts will be felt most strongly by housing associations and community groups. How it may even be illegal, given that the ‘consultation’ on the proposals ends on 23 December, yet the cuts come into force two weeks before that.

But the biggest issue for » Continue Reading.

I know that you can’t get people to take climate change seriously just by talking at them about science. Lots of excellent work (like Sizzle, Futerra’s guide to climate communications) says that you need messages that are  relevant, engaging, positive and inspiring, before people tune in.

But you can’t do it without the science. Over the past couple of years, with Green Alliance, I’ve worked with over fifty MPs, to help them understand the science, policy and politics of climate change. At each session, we spent quite a long time grilling the very patient and very eminent climate » Continue Reading.

It was back in 1997 that the blades started spinning on the UK’s first co-operatively owned wind farm, Baywind, in the Cumbrian fells. Since then, others have followed, from commercial-scale turbines in community ownership like Westmill, to small-scale water power like Torrs Hydro and ‘renewables building societies’ like this one in Oxford. And we know that co-operative ownership can make commercial sense. In Denmark, communities have a stake in most wind energy developments.

But it’s far from easy to make an energy co-op happen, and they are still the exception, not the rule. The market for large-scale, » Continue Reading.

I’m really pleased to have been appointed to the Natural Environment Research Council, as a Council Member, starting this summer. Council Members contribute a few days each month. NERC (as it is rather prosaically known) is a government body responsible for the £400 million of public money for research and training in environmental science – from the British Antarctic Survey to the Centre for Ecology and Hydrology. Climate change, volcanoes, biodiversity, soils and seas – NERC scientists work to improve our understanding of these natural systems.

On the glamorous side, I get to think about (but probably not jump » Continue Reading. 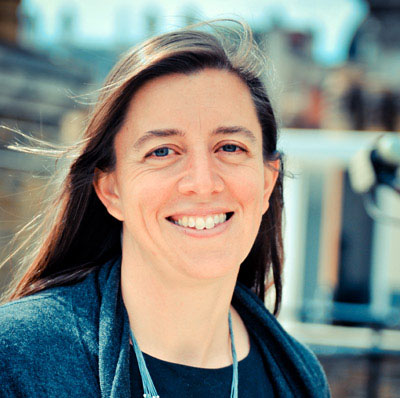 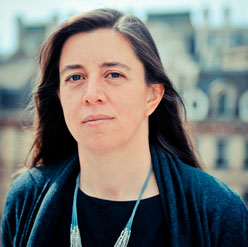 Rebecca Willis is a researcher with twenty years’ experience in environment and sustainability policy and practice, at international, national and local level. She is a Professor in Practice at Lancaster Environment Centre, and an Expert Lead for Climate Assembly UK, the national Citizens' Assembly commissioned by Parliament. In 2009 Rebecca founded Green Alliance’s Climate Leadership Programme, an initiative to support Members of the UK Parliament, and still supports Green Alliance's work in this area. Previously, she was a member of the Scientific Advisory Committee for the UKRI Energy Programme, Council Member of the Natural Environment Research Council, vice-chair of the UK Sustainable Development Commission, and Director of Green Alliance.
Tweets by @Bankfieldbecky